And suddenly, you know, it’s time to start something new and trust the magic of beginnings…

…Or something like that. After 2yrs and 5months of life in my two bedroom flat, it’s time to ramble on after the landlord told me to up sticks.

He’s probably done me a favour. I’m down with new chapters and all that, but unless I’m dragged kicking and screaming into them then I’ll be likely to loiter, and nobody likes a loiterer. I’m also down the road at a lovely detached property, so I really mustn’t grumble. 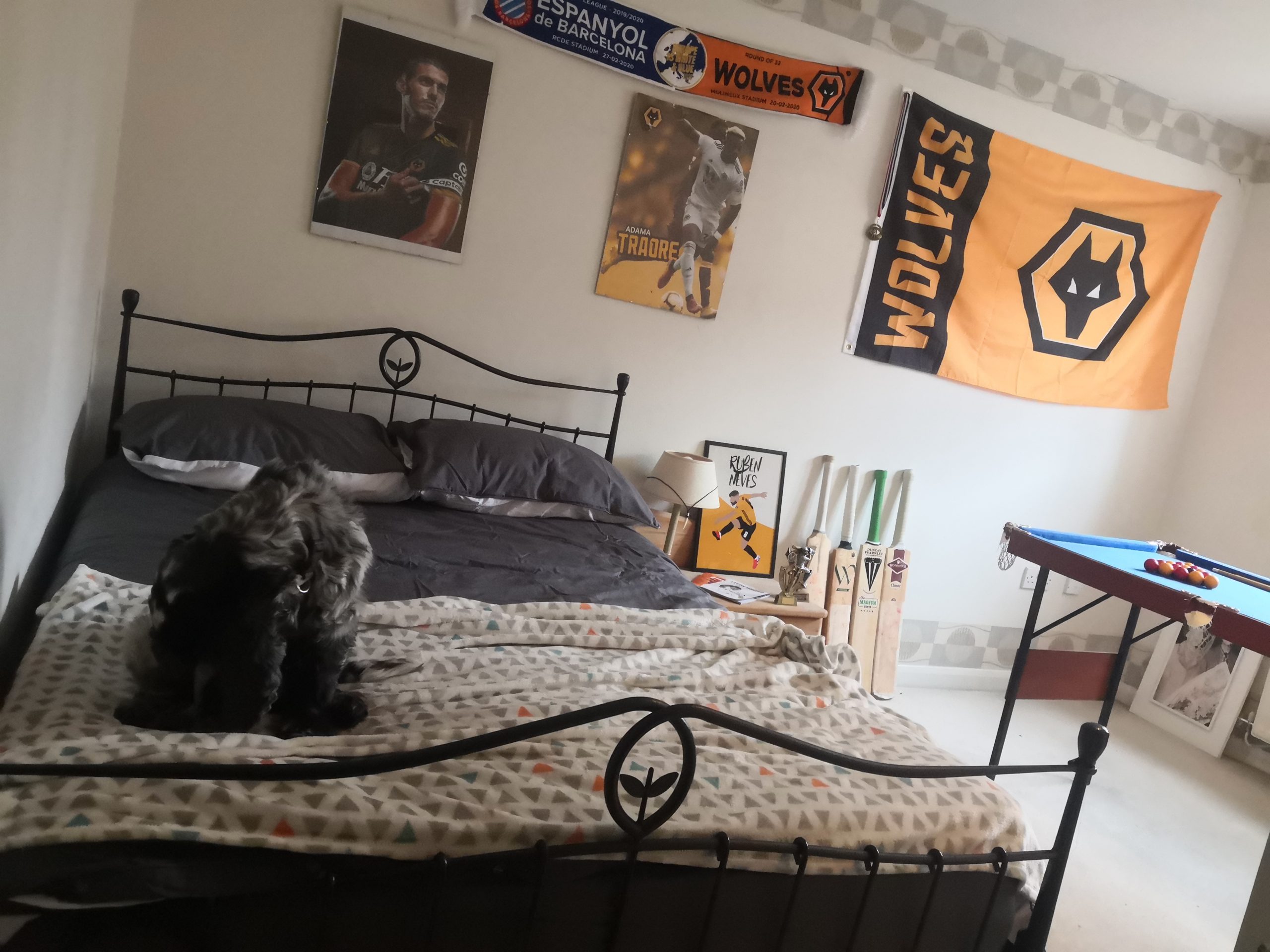 It wasn’t so much an apartment overlooking the Spar and Swan, but a hospital ward for one in Compton which has nursed me back to health.

I wrote my first poem here, a 70,000 word manuscript for a novel (which will remain our little secret) and I’ve watched the world not so much turn, but come to a complete standstill as Covid-19 bookended my stay.

I don’t know where I’d have been without this place and I’ll forever feel indebted to its magnolia walls. They know me better than anyone and I feel sad to say goodbye, but I can’t start the next chapter of my life if I keep re-reading the last one.

So I packed it all into boxes, with just my Spotify account for company – its biorhythms in tune with mine in ways that never cease to amaze me.

I’m nearly done, aside from a few fiddly things and my old sofa, which makes me think of things.

“A light that was long gone still burning strong; You were sitting, your fingers like fuses, your eyes…like cinnamon.” 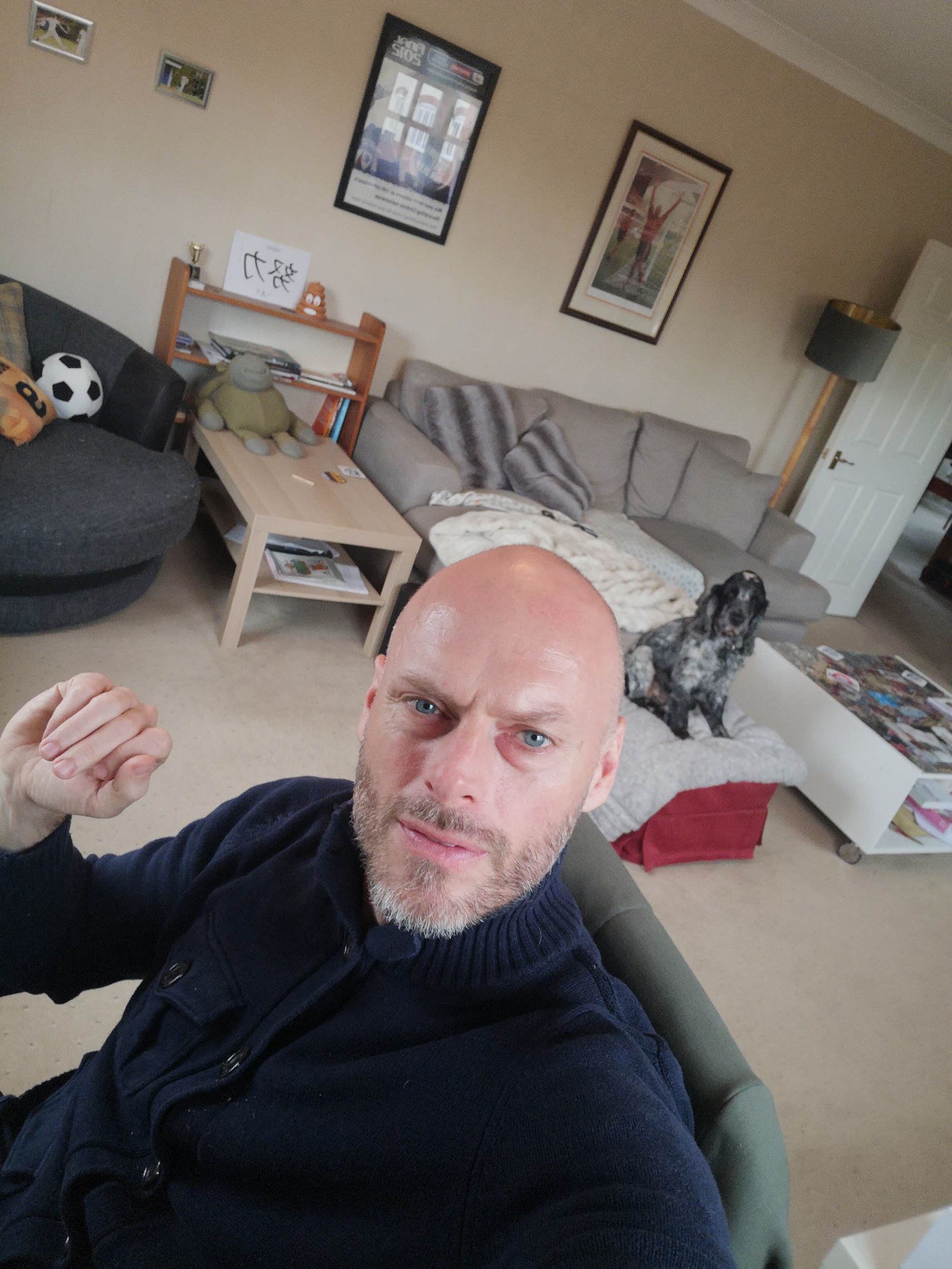 Knowing what to keep and what to let go has been the hardest part of all, but if life is an open book of blank pages, then I knew I had to get ruthless. I decided to keep those things of practical value and throw out other items that weren’t. So an old bobble hat down the back of a radiator was saved because you can’t have too many old bobble hats when you’re bald. A Nuno / Ole half-and-half scarf from an FA Cup quarter final evening was binned because I can no longer wear it anymore.

Sentiment would eventually cause confusion, just like I knew it would. A ‘Chase Your Dream No Matter What’  instruction, printed on a Bridgestone cap. An owl-adorned notepad sitting on my bedside table all alone, from when I first flapped my wings. And my Grandma’s old JVC television, from which we’d huddle together to watch the Queen’s Speech in our festive force-field, back in the good old days. I never could get that little TV to work, so I threw it in the skip as well.

“He told himself he didn’t care; pushed the window open wide, felt an emptiness inside to which he could not relate; brought on by a simple twist of fate.”

Arthur’s bedroom box offered most therapy; a living message of love I’m taking with me to a new space and time – his lack of belongings causing my cup to runneth over.

His watch from his grandad, some football programmes and posters, a Rubix cube and a bottle of linseed oil for his cricket bat, amongst other bits and bobs. That box was so beautiful in its simplicity that I took a minute to sit on his bed and hold it. I hoped his life could always remain so uncluttered and simple, focusing only on the things he loves in the here-and-now, minus any baggage to ever drag him down.

Its restorative effect prompted me to get ruthless again and complete this exercise as if living it through the eyes of my boy.

“This is the beginning of the rest of your life; You better start movin’ like you’re running out of time.”

So to paraphrase Spotify’s next line of conversation, I kept what I’d got, by throwing it all away. Big black bin liners of stuff I could live without headed to the skip, and with it came peace of mind.

After 901 days in this sanctuary I learned to call home, I think I’m ready to move on now.

If you’re ever passing by my new place down Compton Road then I’ll get the kettle on…If I can remember where I packed the bloody mugs!